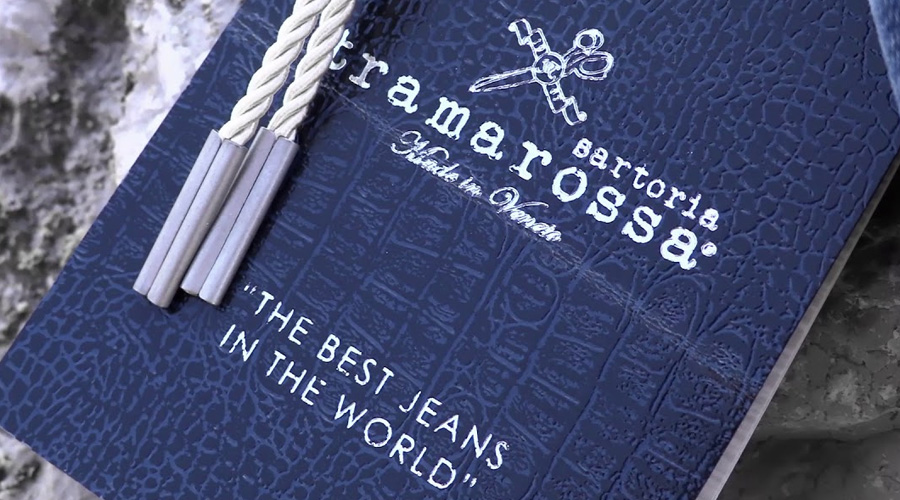 Sartoria Tramarossa Jeans - Founded by Italian tailor Chemello Urbano in 1967, the Sartoria Tramarossa project was later taken up by his four sons. Tramarossa denim is immediately identifiable by the two red lines that mark its selvedge, and each pair of the label's distinctive, superior-quality jeans is made in the Veneto region of Italy, famed as one of the worlds best denim producing regions. Making denim in Veneto adds massive value, as it means a great quality denim alongside a fantastic heritage.

Tramarossa has innovated a way that each pair of jeans can be personalised by the wearer by adding their initials using metal letters. This alongside each pair being perfumed and individually packaged, only goes to prove what amazing denim jeans Sartoria Tramarossa are.